Paula Badosa is one of the fastest-rising players on the WTA tour. The young Spaniard’s powerful baseline game and fierce competitive drive position her as a contender for every major title.

Her 2021 season saw an Indian Wells championship and a run to the quarterfinals at the French Open, her best appearance at a major so far.

Badosa’s serve Is a weapon, and she packs plenty of firepower off the ground. Her racquet of choice looks to amplify her strengths too.

Similar to most of the professional tour, though Badosa’s racquet is painted like a Wilson Blade, it’s actually an older model, the Wilson Steam 100 BLX.

This is one of those “if you know what to look for” paintjobs on the pro tour. Because it’s basically an enlarged Blade 98 mold – it has the same D-shaped beam in the hoop and similar geometry in the throat – it passes as a Blade from a distance.

The 16×20 string pattern and four white grommets in the throat serve as a dead giveaway when looking to identify this stick on the pro tour.

The 100 square inch frame comes in with an extra quarter inch of length, so it’s primarily aimed at providing power, spin, and forgiveness while being slightly more controlled than pure drives and other similar competitors by virtue of its 16×20 and more flexible layup which taper the power off and balance the frame’s playability.

Paula strings her Steams with Luxilon ALU Power at 27 kilos, and she was heard requesting this tension during a changeover on the broadcast microphones. A professional stringer has confirmed her use of Luxilon ALU Power and the Steam 100 pro stock frames.

It’s unknown if she adds any weight, though a swingweight bump from some lead under the bumper is not out of the realm of possibility given that the relatively low stock swingweight of these racquets comes in around 315.

Paula Badosa enjoyed a great 2021 season, but her results this year have been a bit up and down. She has been experimenting with her equipment lately, seen using a Blade 98 pro stock with 18×20 pattern (lack of white throat grommets and thinner profile give this away) during the US Open series hard court swing. 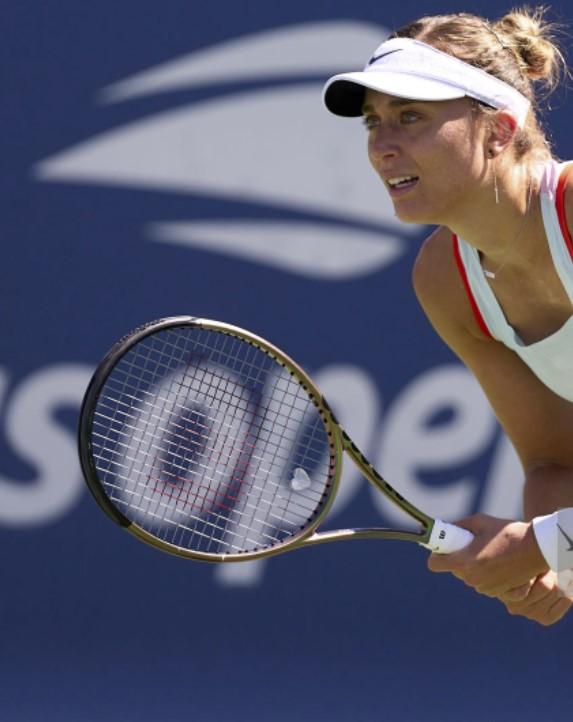 It appears she has returned to her trusty Steam 100 paintjobs at the Ostrava tournament in October but now has changed strings. There is a gold-colored string in her crosses. It’s likely this is Luxilon 4G or 4G Soft, but no sources seem to have commented yet.

Will She Stick with Steam?

I think Badosa would be best served by keeping her equipment the same unless she is facing arm issues or injury. She played some fantastic tennis with her old setup, and tweaking is likely to get her spinning in circles.

She has already gone back to her old frames, and I would be unsurprised if she returns to full ALU Power for her strings as well. Either way, here’s hoping the stunning Spaniard can find her powerful game again in 2023!

My name is Gavin and I've played tennis for more than 30 years and love to share my knowledge about the sport.

Dad Racket was created exclusively as a one-stop resource to answer all your tennis questions.

As an avid tennis fan, I love to mention and link to various products and gear I use. Assume those links are affiliate links which means I may earn a commission if you click and buy. As an Amazon Associate we earn from qualifying purchases.